Are You Ready to Grow with me?

It has been an interesting year. One year ago last month myself, family, husband, John and 2 kids, Kyle (now 5) and Summer (now 2) picked up and moved half way across the country. With nothing, no job, a business only making $1500 per month, no place to live, nothing, no warning, just up and left. You see, for those of you who don’t know, I suddenly became aware of the extreme dysfunction that was going on around me and realized that I was putting myself and my family in physical, mental, emotional and spiritual danger. Ouch. And once I became aware of this, I knew this, I had to do something about it.

Once I became aware of it and less than 24 hours later with nothing in place, no plan, no job, no place to live, less than $500 bucks in the bank, not knowing where we were going, except Texas, we looked at going there years ago so why not, it was warm and far away from this dysfunctional environment and once I knew what I knew I could not un-know it and could not put myself or my kids, in jeopardy any longer.

It has really been a whirlwind since then. Leaving just before Thanksgiving of 2012, not exactly the best time to head to a new town, not knowing anyone, looking for a place to live and a JOB for hubby and me with only 1 client for a measly $1500 per month and a few bucks in our pocket. Barley enough to make it there with gas, some nights we staying in the car and when we were “lucky” stayed in a cheap motel.

There is light at the end of the tunnel

Things have really turned around in a years time, I remember eating spaghetti on the edge of the bed in a crummy motel on Thanksgiving last year, not knowing how we would stay in the hotel another few days let alone a job, and dinner for the next night. In less then 3 months we found a suitable place to live, hubby got a job and I turned my business around to making 20-30k per month. It was amazing. I don’t say any of this to brag, quiet the opposite in fact.

In the first few months of being in a foreign place, no plan, no prospects, not knowing a single soul in our new neighborhood we were able to quickly turn things around but something happened….. I was no longer satisfied with the 20-30k per month, I wanted more, I was not fulfilled, instead of listening to my inner knowing I listened to others…I let others guide me and before I knew it I was living someone Else’s dream, working what felt like around the clock, not seeing my kids, or my husband, traveling all over the country. Was I making good money, yes, but that was easy, I already learned how to do that the first few months I picked up and moved, what I was looking for was fulfillment, I wanted to get filled up but I wasn’t.

On the surface things looked great and on the outside looking in, most everyone I meet was impressed and blown away by the life I was now living. No matter what I did, it was not enough. I was making good money, I was traveling all over the country, I was buying nice things, nice clothes, etc but it did not matter. I was still not happy!

Truth was I burnt out, I could not continue on this path any longer, I started to ignore everything that mattered, everything that I was building this life for. And I started to question, what is this all for? Why am I doing this? I have been cold and almost absent in my life the last half of the year, getting caught up in the hype and the money.

Now, I am not saying that the money is not important and making sales calls is not important but so is living your life. Life is not about arriving at a destination, its about the journey getting their. It is never going to be enough, you don’t ever arrive. And that is what I realized, I was living my life yet it was driven my someone else, something else, something outside of me.

And the truth was, it did not matter how much I made, it was never enough. I have had 120k months, hell, I have had 120k days but it still wasn’t enough. I had lost site of what was important in my life, what mattered and I was trying to full a void inside of me.

I wanted to be loved, I wanted to be accepted and I thought if I can just do this, if I can just make this amount of money, I can get this persons love, or security, or approval or acceptance, etc. you fill in the blank, the details are not important here.

This was not me. What was this all for? I took a hard, long look at my business and my life and I realized I was not living my truth, I was living someone elses dream and not mine. Although I was making good money life was not flowing and I was not happy and when the money does not flow like you want it to, that is always a sure sign you are not on the right path.I was not living my inner truth and I was no longer following that inner guidance, once I realized this I knew I needed to take a stand.

And so I stood!

As I started to stand, really stand, for what I want, what was in my best interest, my higher truth it almost felt like my world was falling apart around me. Or so it appeared on the surface, that is if I wanted to buy into the stories. Instead, I stood, I let go of and released relationships that were no longer serving me, I let go of clients that were no longer serving me.

You know, its funny, sometimes when you are standing your whole world appears to fall apart around you but that it happens… that peace, that joy, that inner alignment. I encourage you to stick through it, stand for what you believe in, even if you are the only one standing, it’s worth it! Once you stand for what you know, your inner truth, you are on a path to more abundance and true freedom, isn’t that what we are all after anyway?

What I realized…and What You Can Learn

What I realized and what you can learn from this is that it does not matter what you have on the outside if on the inside you are not in alignment with what you want and who you are. You see, I was someone else’s success story, their version of success, yet it was not enough, not for them but for me. I was still trying to fill that void and no matter what I did I just could not fill that hole and be whole….. that was until I found the gift in all of this and I realized that I am meant to lead, I am not meant to follow and as a leader I cannot stand back on the side lines and listen and do what others tell me to do, now I am not saying I don’t need anyone’s advice, that is not what I mean, what I mean is I now take it under advisement but it no longer gets the final say, I get the final say, I get to decide what it is that do, how I build my life and my business and how I serve. And I now know, this is why I am here, to experience FREEDOM at it’s fullest and help others do the same and change the world in the process through their business.

If you want more FREEDOM in your life and business I want to here from you. Here’s the deal though, its gotta be FUN! I am all about fun and I realized that one of the things that has been missing around here is fun and well, me. So let’s have some fun!

hey, I’m Kim + I am ridiculously passionate about helping you to work smarter and not harder + to realize how freaking amazing you actually are, exactly as you are and how easy business really can be when you are in alignment + simplify + add systems to organize your business + plan your business growth. I’ve been geeking out about online business, online marketing + systems + personal development + all that stuff since I created my first business back in 2006 + sold it.

This whole business owner thing is not for the faint of heart, there is a reason why most businesses fail!

While the road to burnout doesn’t look the same for everyone on it there are some similarities you typically experience on this path!

It’s exhausting just thinking about it! But there’s a way off the hamster wheel!

If you’re overwhelmed, overworked, stressed out, and worried that if you take time off the bottom will fall out from beneath you and your business will fall apart.

Then, you are in the right place my friend, been there, done that, got the tee-shirt and I’d love to support you in ending the cycle!

Are You Ready to Take Back Your Power! 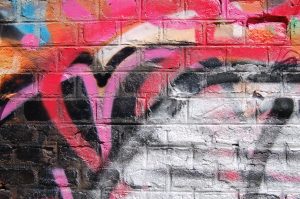 Are You Ready to Create Your Own Highway to Freedom?

The Importance of Delegating to Grow Your Business

Does Money Grow on Trees?

3 Keys to Unlock Freedom + Cashflow in your Biz 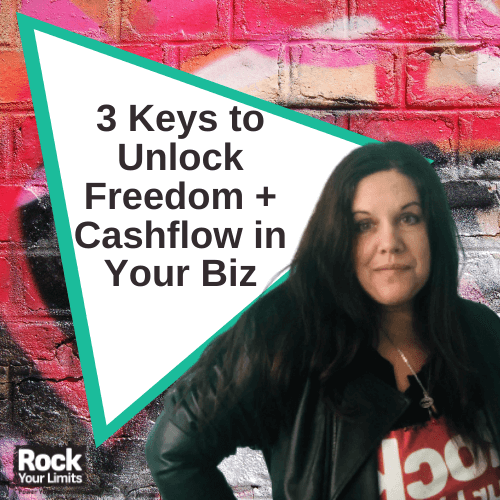 Let me show you how you can easily get out overwhelm, and stress in your business, get organized + get more done. It's way easier than you think! + I'll give you access to the "Find The Hidden Money in Yor Biz" Worksheet too! Get instant access FREE*

This is for YOU, If You're Ready to Get Your Business Working for YOU!
*Free access when you subscribe to the RYL newsletter. By subscribing to the Rock Your Limits® newsletter, you are asking us to send you regular emails with offers and information, links to articles, and resources, both paid and free designed to help you grow your biz from RYL's and it's partners. By signing up you are also agreeing to our Privacy Policy and Terms and Conditions which explain, in more detail, how we will use your personal data. You can unsubscribe at any time.